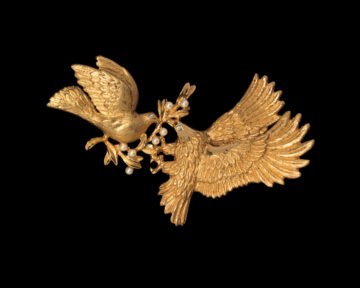 This dramatic dove and eagle combination was created to mark the fiftieth anniversary of the founding of NATO. Partners in Peace symbolizes the role that force and diplomacy together can play in preventing war. The pin was designed by Janet Langhart Cohen, wife of Defense Secretary William Cohen, and produced by Ann Hand. 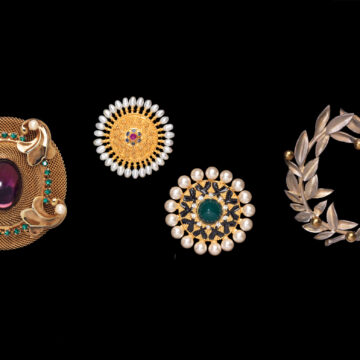