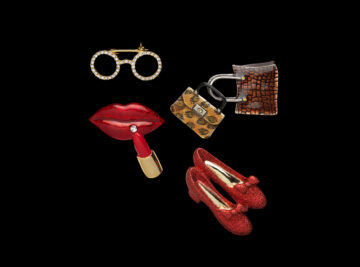 Pins Shown from Left to Right, Top to Bottom

While a teenager in Colorado, Albright developed a fondness for Stetson hats. This feeling was rekindled when she began traveling as Secretary of State, both because she liked the look and because she had more bad hair days than she could count. For her 65th birthday, a friend gave her sixty-five pins, each costing less than $3.00. One was the high-heeled shoe, which recalled her comment when designated as successor to Secretary of State Warren Christopher: “I only hope my heels can fill his shoes.” 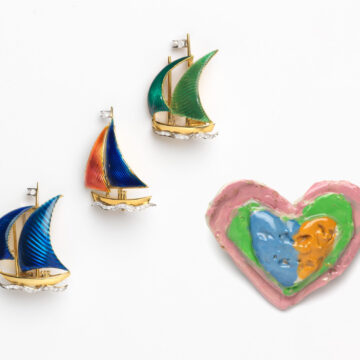