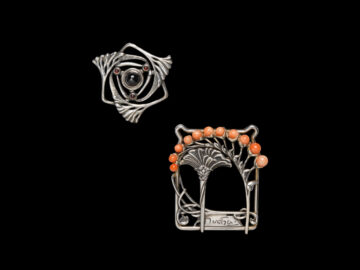 Pins Shown from Left to Right

A native of Prague, Czechoslovakia, Albright greatly admired Václav Havel, the last president of Czechoslovakia, the first president of the Czech Republic, and hero of the Velvet Revolution. In 1997, when returning to Prague for the first time as Secretary of State, Albright received from Havel the Czech government’s highest honor, the Order of the White Lion. Nationalism has played a major role in the history of the Czech people. The other two pins are based on designs by Alphonse Mucha, a famed Art Nouveau artist and Slavic nationalist of the early 20th century. 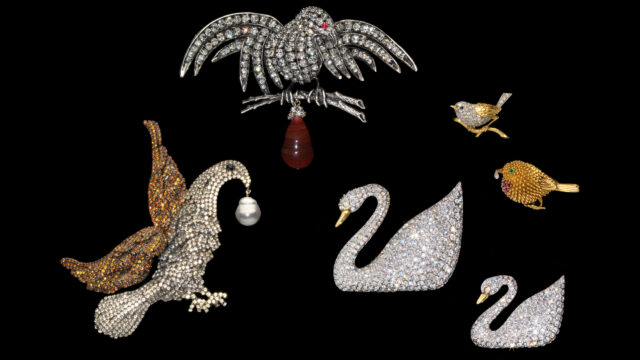