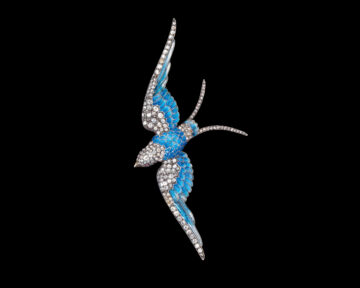 PLANE SHOT DOWN BETWEEN CUBA AND FLORIDA, 1996

A blue bird pin reinforced Ambassador Albright’s approach to sending messages with her jewelry. On February 24, 1996, Cuban fighter pilots shot down two unarmed civilian aircraft over international waters between Cuba and Florida. In their official transcripts, the pilots boasted about destroying the cojones of their victims. Albright immediately denounced the murders, saying, “This is not cojones, it is cowardice.” She also wore her blue bird pin with its head pointing down, in mourning for the four Cuban-American fliers killed in the tragedy. 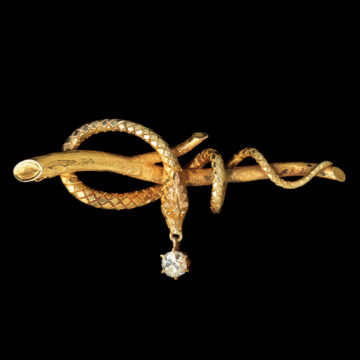