Swearing-In As Secretary of State, 1997

On December 5, 1996, President Clinton nominated Madeleine Albright to serve as the country’s sixty-fourth Secretary of State. She was sworn in on January 23, 1997. In honor of the occasion, she acquired this antique eagle pin. To her subsequent dismay, she failed to notice that the complicated clasp was not fastened properly. At the rehearsal just outside the Oval Office, the pin was attached, but during the formal ceremony, the eagle was barely hanging on. 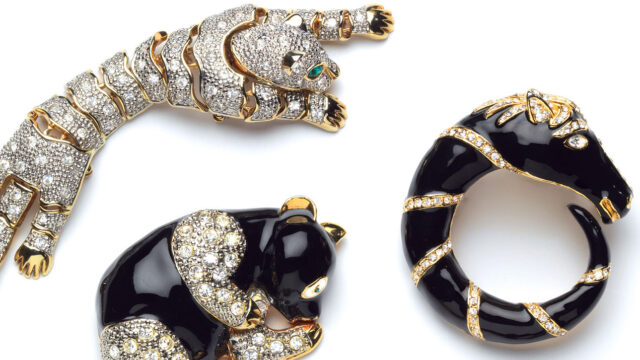